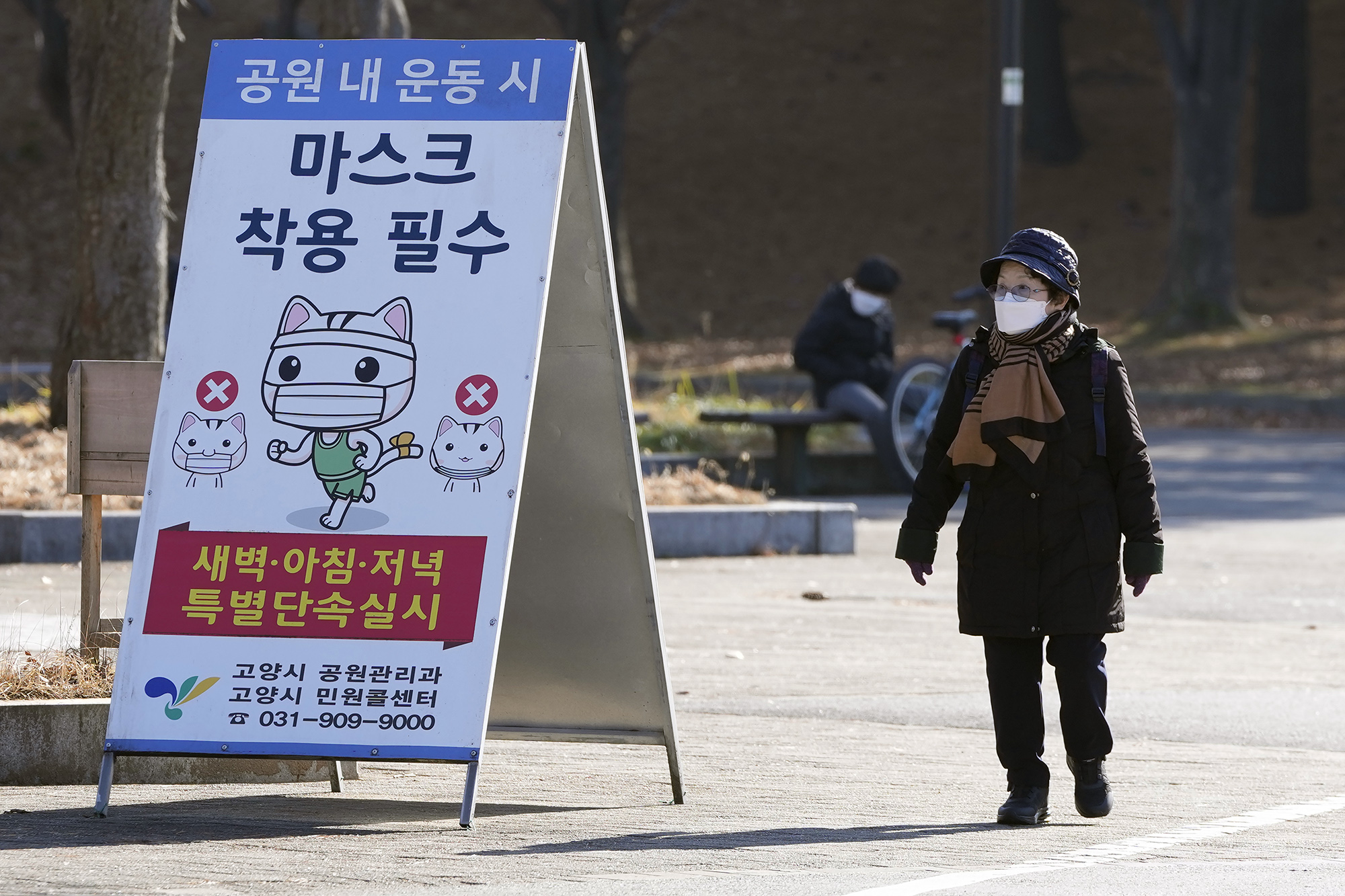 South Korea is reeling from a record number of COVID-19 cases and deaths, it was reported Saturday.

The Korea Disease Control and Prevention Agency said that there were 5,352 new cases of COVID and 70 deaths over the past 24 hours, each a record high for the country in the nearly two-year-long outbreak.

The troubling numbers come despite a high vaccination rate and widespread compliance with mask policies among South Koreans.

South Korea boasts a vaccination rate of about 83 percent, Reuters reports, citing data fro the nation’s Ministry of Health and Wellness data, among the highest in the world.

Masks have been compulsory around the densely populated capital city of Seoul for much of the year and a recent Gallup poll showed that 27 percent of South Koreans expect to wear masks indefinitely, even if the COVID threat wanes.

The rising number of deaths and the emergence of the omicron variant has caused South Korean officials to enact stringent new policies.

Gatherings of seven or more people will be banned in Seoul and surrounding communities starting next week, the AP reports.

South Korea will also require all international visitors arriving over the next two weeks to quarantine for at least 10 days, and it has banned foreign travelers from nine African nations at the source of the omicron outbreak, including South Africa and Nigeria.

Where To Watch Bills vs. Chiefs Live Online For Free