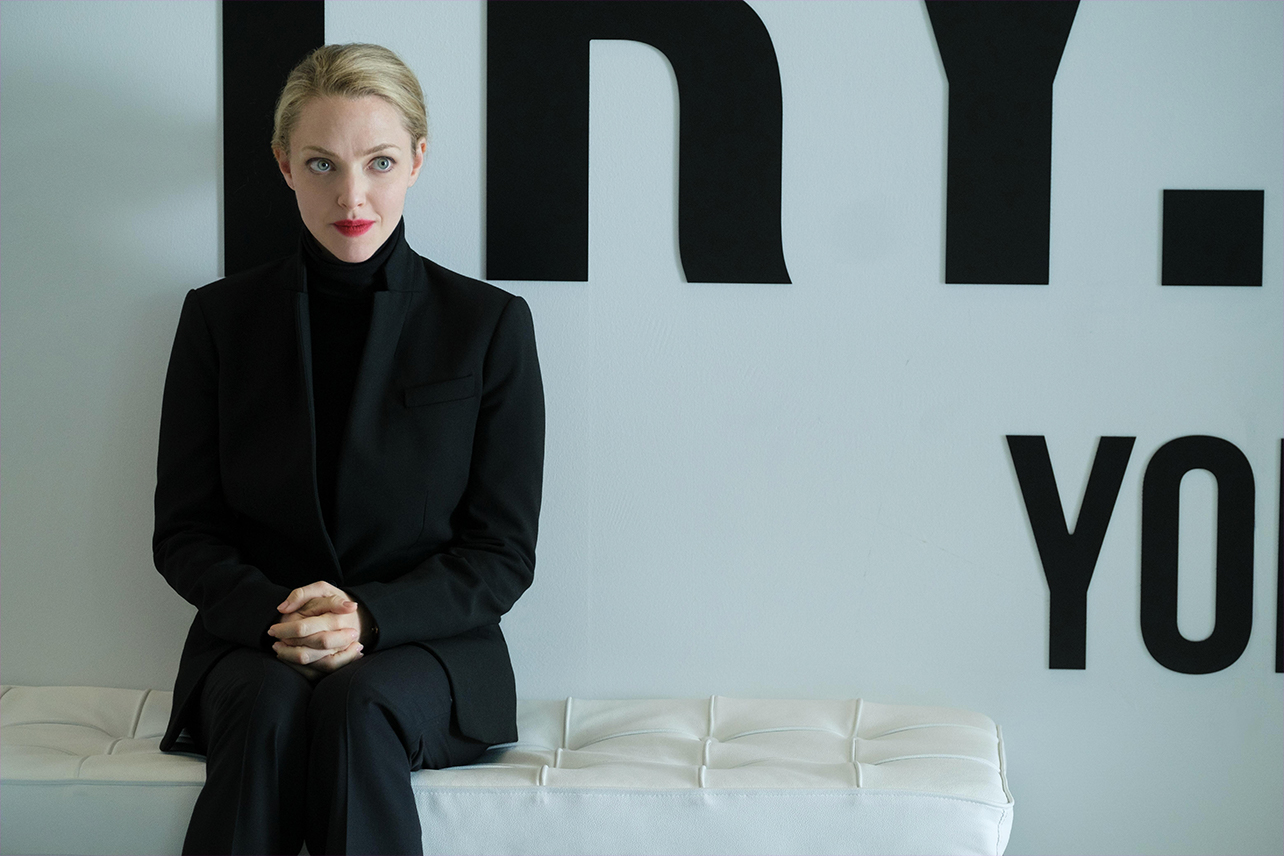 Welcome to Theranos. Hulu has released a first look at Amanda Seyfried as Elizabeth Holmes in the upcoming series The Dropout. Based on ABC News/ABC Radio’s podcast of the same name, it tracks the rise and fall of Holmes and her infamous medical testing startup. Seyfried replaced Saturday Night Live star Kate McKinnon, who left the limited series for unspecified reasons in February.

Holmes, a Stanford dropout, founded Theranos in the early 2000s. She secured millions of dollars in funding and put together a high profile board of directors, making her one of the world’s youngest self-made woman billionaires. In her business pitches, the biotech entrepreneur convinced some of the tech world’s most influential figures that her medial blood-testing technology could detect major medical conditions like cancer and high cholesterol. However, her empire crumbled when it was revealed that none of Theranos’ tech actually worked.

This first look arrives as closing arguments wrap up in Holmes’ federal trial. The Theranos founder is facing two counts of conspiracy to commit wire fraud and 10 counts of wire fraud, and she faces up to 20 years in prison (per The New York Post). But hey! How about that Seyfried turtleneck?

Stream It Or Skip It?