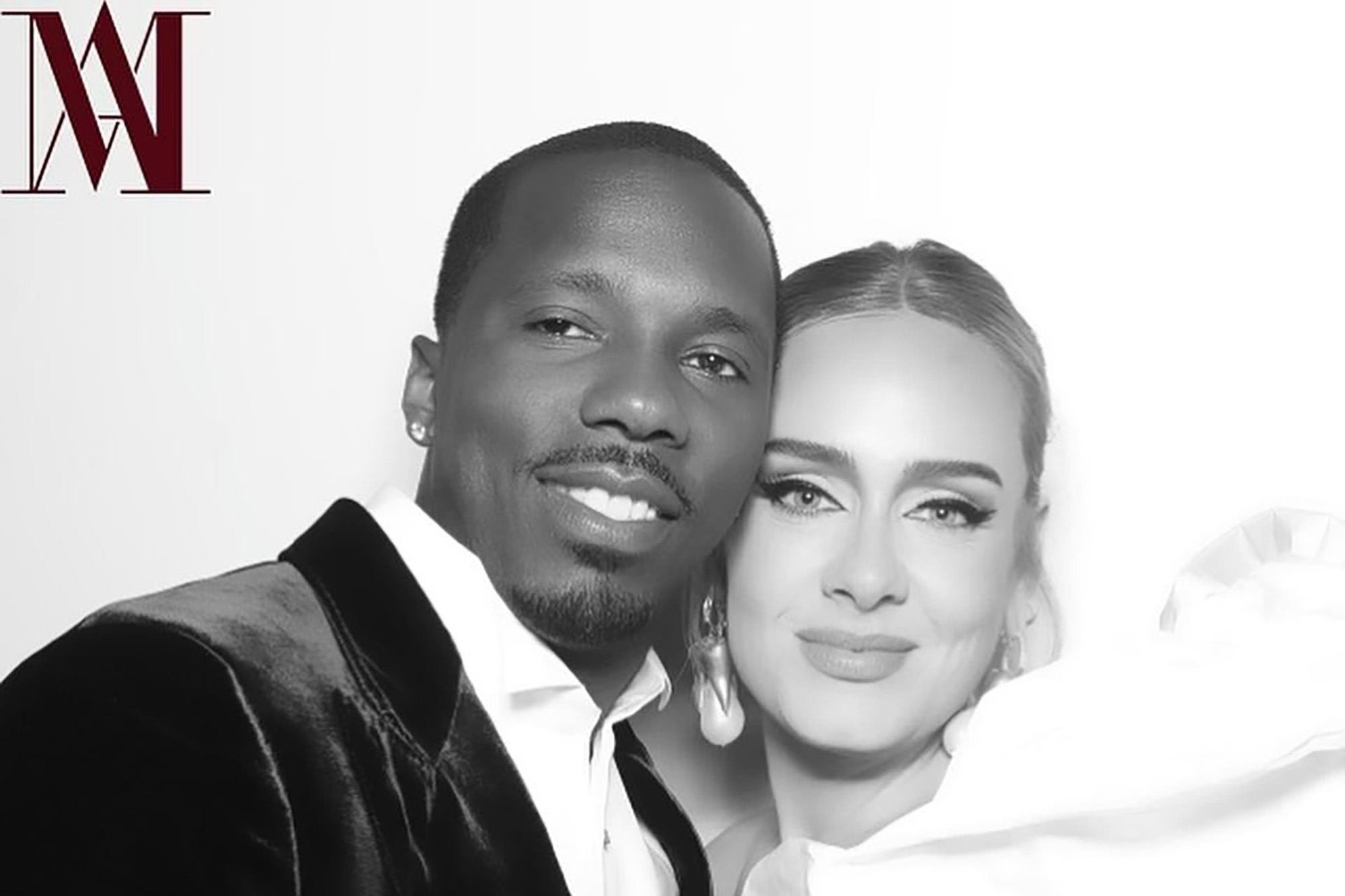 Rumor has it Adele and boyfriend Rich Paul are Instagram-official.

The “Turning Tables” singer took the major step this weekend, posting a black-and-white photo booth picture of her and the sports super agent agent from Anthony Davis and now-wife Marlen P’s lavish wedding on Saturday in Los Angeles.

Adele stunned in a black Schiaparelli gown that featured a white off-the-shoulder overlay. Paul looked handsome in a velvet tuxedo.

As is tradition with celebrity debuts, Adele put the headline-making picture last in her photo dump. She captioned the series with a simple red-heart emoji.

The British songstress and Paul first sparked dating rumors when they were spotted sitting together at Game 5 of the NBA Finals in July — just two months after teasing they had been “hanging out.”

Multiple sources exclusively confirmed the relationship to Page Six after the public outing, with one insider telling us, “They are [definitely] dating.”

Since then, the couple has taking their romance public at even more events and outings. They attended Robert Kraft’s birthday party together in late July alongside a plethora of A-list names, including Jon Bon Jovi, Kenny Chesney, Meek Mill, Billie Jean King and Gayle King. We also heard Lionel Richie performed and David Spade did stand-up for the high-profile crowd.

In August, the “Rolling in the Deep” singer, 33, and Paul, 39, were seen grabbing dinner with a group of friends in West Hollywood.

Adele was previously married to Simon Konecki, with whom she shares 8-year-old son Angelo. They finalized their divorce in March.