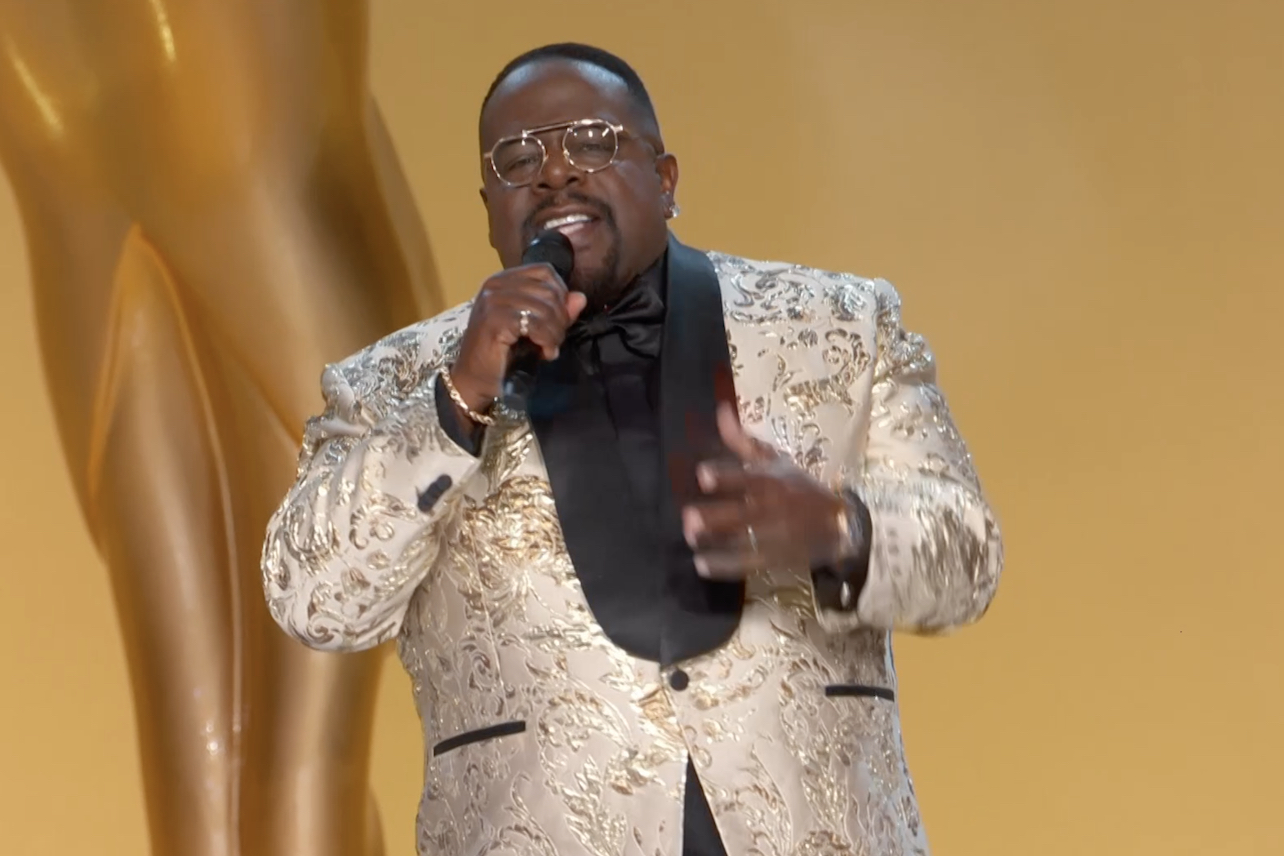 The Emmys may not have started this year’s show with a monologue, but that doesn’t mean we didn’t get one at all! Host Cedric the Entertainer kicked things off with a questionable rap number featuring folks like Lil Dicky and Rita Wilson, later getting to his monologue after Ted Lasso stars Hannah Waddingham and Brett Goldstein nabbed the first trophies of the night.

Cedric began his delayed monologue with a jab at the recent Jeopardy! controversy, eyeing the celebration as a perfect casting call for the game show.

“Look at this room, man. So many talented people in here,” Cedric opened. “Matter of fact, lock the doors — we’re not leaving until we find a new host for Jeopardy! in here somewhere!”

Maybe Ted Lasso as the host of Jeopardy! is what we need! Next up, Cedric took a quick jab at presenter Seth Rogen, who spent his time at the podium slamming the Emmys for packing a room full of people. Cedric disagreed, saying things felt hunky dory.

“It actually feels amazing in here, unlike what Seth was talking about, it feels good,” Cedric said. “We’re all vaxxed, we had to get vaxxed to come here. I got vaxxed — I did not have a reaction like Nicki Minaj’s cousin’s friend.”

Then, Cedric took some time flaming the extravagant outfits of this week’s Met Gala. While he had kind words to say about Billy Porter‘s ever-extraordinary ‘fits, he teased last year’s Emmy-winning Dan Levy.

“This ain’t like the Met Gala, where everybody’s overdoing it,” Cedric said of the evening. “Dan Levy might have on a little sparkly jacket with some bedazzled jackets or something like that. Billy Porter, you know he’s gonna come with it.”

Cedric then opened up about being a Black comedian hosting the Emmy’s, joking about the pressures of hosting: “This is a big job, and of course, it comes with a lot of pressure being Black and hosting a job like that. My people, they expect I could just give the award to anybody. ‘You’ve gotta give Martin Lawrence the Emmy, man,’” Cedric said.

And with that, the comedian led into a celebration of the Black nominees of the evening, especially pouring one out for Anthony Anderson.

“Good news, there is a lot of Black people nominated tonight. Big ups to y’all, big ups!” Cedric celebrated, earning a massive round of applause from the audience. “Like my dawg, Anthony Anderson — Anthony Anderson in the house! This is Anthony’s 11th nomination man, but tonight he’s up against Michael Douglas and Ted Lasso. Good luck, but I gotta say, look like it’s hard out here for a pimp, man.”

We’ll see if Anderson nabs the award for his performance as the lead actor of Blackish later tonight. Following this, Cedric took some digs at nominated series — first up was Disney+’s hit limited series WandaVision.

“I watched the show, I gotta say, I was a little taken back when I didn’t see Wanda Sykes on there,” Cedric said, pitching his idea for a new version of WandaVision. “Don’t it sound like Wanda Sykes as a feisty optometrist? Dr. Wanda McCoy: ‘I can through all of y’all! Read that line. Your ass is blind!’ On Disney+ this fall.”

Cedric tapped into Netflix’s Bridgerton next, calling it “very spicy” before sneaking in a bit of a dig.

“But I was thinking: ain’t no way in hell a Black man going to have that much sex with a white woman in the 1800s,” Cedric said of Emmy-nominated Regé-Jean Page. “Jamie Foxx couldn’t have done that as the Django, he couldn’t have pulled that off. And he was unchained!”

Finally, Cedric tapped into The Crown, which is expected to snag one the top prize of Outstanding Drama Series at tonight’s ceremony. Though Cedric stated he loved the show, he says it’s nothing compared to “the real tea”: Harry and Meghan’s recent interview with Oprah.

“Meghan must put it on that boy, because he renounced his thrown quicker than Eddie Murphy in Coming to America,” Cedric said. “I cant believe they was talking about that baby like that, that little Archie, how dark that little baby gonna be?”

Rounding out his monologue, Cedric said that the Royals are going to need Archie to teach the Queen how to do TikTok dances later on down the road. Netflix, we sure hope you’re writing this down for future seasons of The Crown!

Frankenstein’s Monster Is Boris Karloff’s Most Famous Creation, But Don’t Sleep On His Other Contributions To The Horror Canon