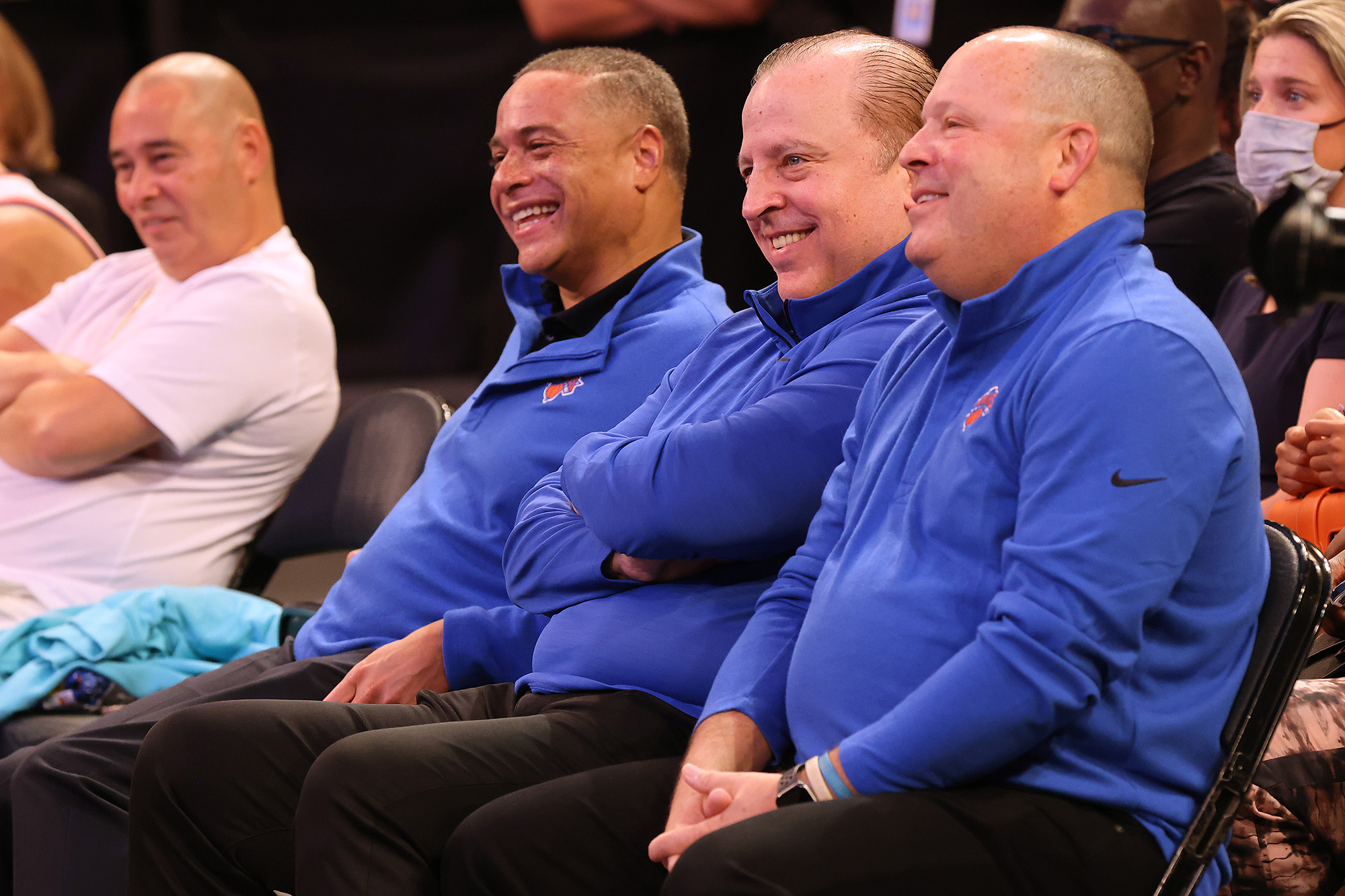 The Knicks will have no vaccination issues.

There were concerns that, if Knicks players were unvaccinated, they would be forbidden from appearing at home games due to the New York City vaccine mandate.

Now, however, they’re all good to go.

“I think it’s a credit to our players, in particular, that they took this thing very seriously and took the responsibility to get that done,” Perry said Friday at the Tarrytown facility in a sit-down with reporters. “So, we’re very proud of that fact, and we’re gonna move forward.”

When asked if NYC’s rules made the situation more urgent, Perry said the credit belongs to Knicks medical director Dr. Lisa Callahan for taking the bull by the horns since last season. Two players, Derrick Rose and Alec Burks, missed time because of COVID-19 last season. Frank Ntilikina, who no longer is with the team, missed action due to contact tracing.

“This was all internally driven,” Perry said. “A lot of credit goes to our players, our medical staff. This is something that we’ve been on top of really the entire year, and again, just proud of our players for really stepping up and doing their part in this. We’re an organization that will obviously follow laws and mandates from the leagues and state government, but a lot of this was internally driven.”