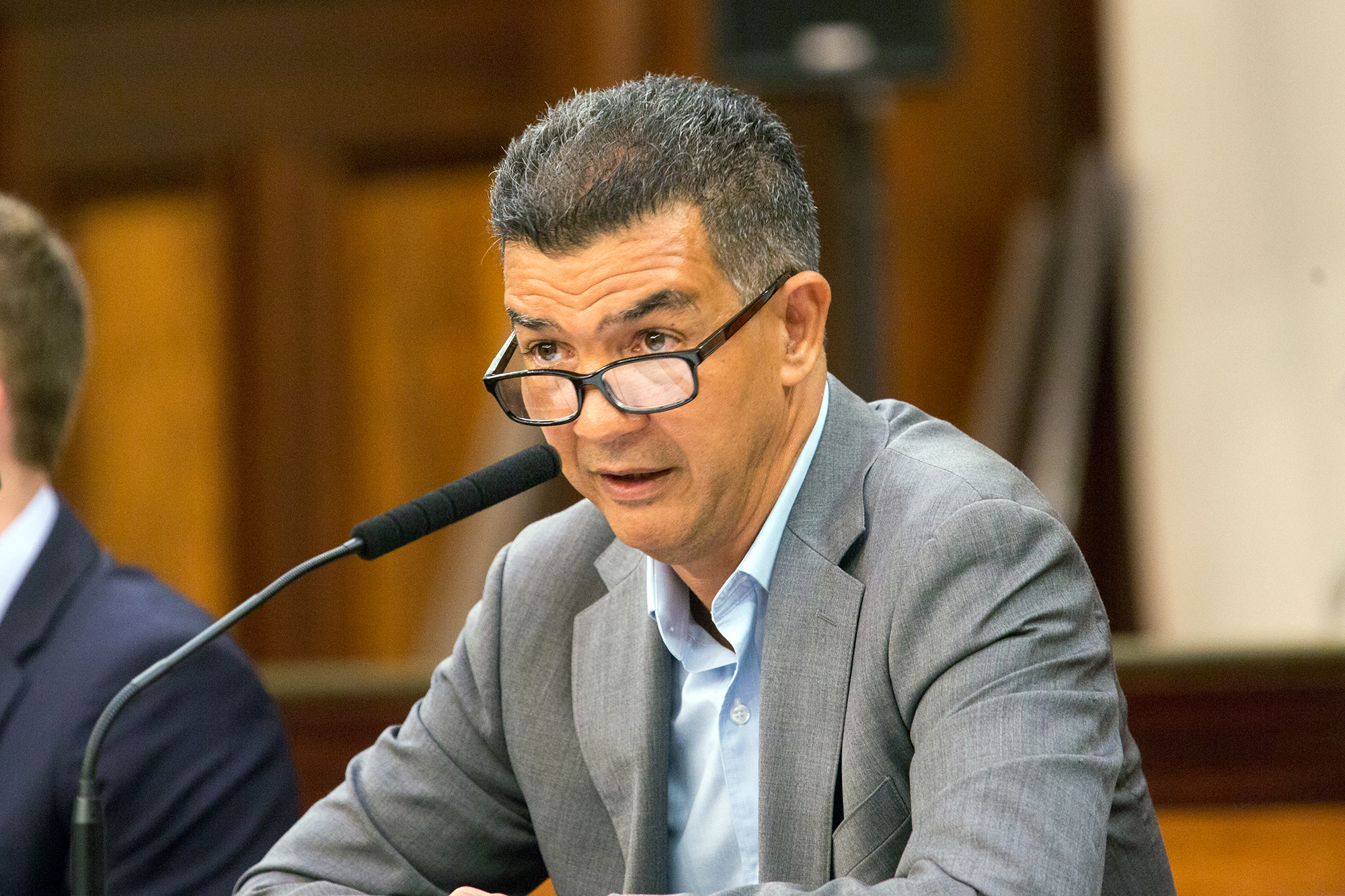 Countless numbers of immigrants have earned the right to vote by becoming citizens, yet one of our City Council members thinks this is too much to ask of them (“Push to let NYC non-citizens vote,” Sept. 21).

It’s laughably hypocritical for Councilman Ydanis Rodriguez to say that anyone opposed to this likely unconstitutional change in our law doesn’t belong here. What’s the point of voting if you don’t have the right to dissent?

He claims to be standing up for democracy but proves that he has no ­respect for it at all.

Rodriguez’s claim that non-citizens experience the consequence of taxation without representation is brought into question by the fact that the councilman was able to freely air his concerns for this group.

His recommendation that people who disagree should move to another location not built by immigrants is offensive.

It’s shocking to learn that his suggestion has the votes necessary for passage.

Non-US citizens should not be given the right to vote, as Councilman Rodriguez is pushing for. He is suggesting that people who feel like me should “move away.” Sorry — no.

My family members were once immigrants here in New York as well. They worked hard, obeyed the laws, learned English and studied hard to become citizens.

I have actually inherited a copy of my great- grandfather’s citizenship document. This treasured piece of history has been passed along through the generations with pride and will continue to be.

Obtaining citizenship is not just some scheme or entitlement. It is a declaration, a renunciation and an oath.

Citizens should be proud to gain this benefit through their desire and their understanding of its true meaning.

The left wing of the Democratic Party must be stopped.

Rodriguez proposes letting non-citizens vote in New York City elections. If this is allowed, the city and state will fall further down the rabbit hole.

I hope that this absurd proposal will be stopped in its tracks.

The Issue: The hunt for Brian Laundrie after the body of his girlfriend, Gabby Petito, was found in Wyoming.

The plot only thickens with the tragedy that is the Gabby Petito story (“Now he’s a wanted man,” Sept. 24).

With the lack of communication on Brian Laundrie’s end when the ordeal first escalated, and now that he has sent feds on a goose chase for him, it’s almost impossible to not make the assumption everyone has been thinking.

Why would her boyfriend not reach out on the ride home if Gabby had all of a sudden gone missing between Aug. 30 and when he had returned to Florida on Sept. 1?

The law will work itself out and hopefully bring justice, but there are too many red flags that point to Laundrie’s possible wrongdoing.

It was most sad to read the body of Gabby Petito was found in Wyoming.

Now the question is: How did she die, what did boyfriend Brian Laundrie know, why did he disappear and why would he not want to talk to the police?

I hope Brian is found to answer these questions. Inquiring minds need to know, especially Gabby’s family, who lost an angel.

Want to weigh in on today’s stories? Send your thoughts (along with your full name and city of residence) to letters@nypost.com. Letters are subject to editing for clarity, length, accuracy and style.