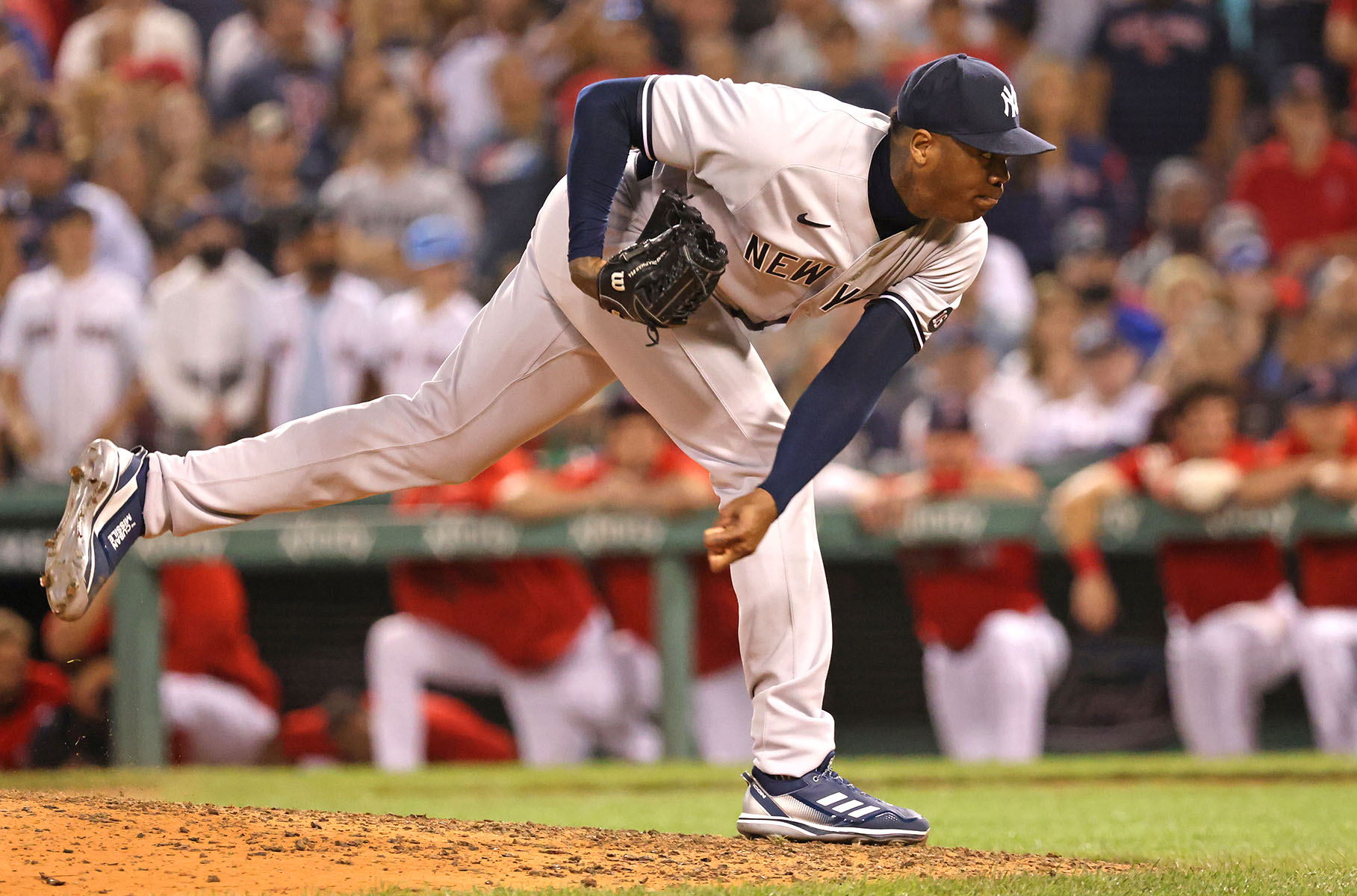 Aroldis Chapman hadn’t allowed a run in his previous six appearances before he came on to finish the Yankees’ 5-3 win over the Red Sox at Fenway Park on Saturday.

That changed when Bobby Dalbec homered off the lefty closer with one out in the bottom of the ninth. Chapman then hit Kevin Plawecki with a pitch to put the potential tying run on base, before rebounding by getting Jose Iglesias and Kiké Hernandez for the save.

Chapman’s four-seam fastball averaged 96.8 mph — lower than his season average of 98.3 mph, according to Baseballsavant.com.

Manager Aaron Boone said afterward that Chapman was “fine physically” and not dealing with any of the fingernail issues that have plagued him at times this season.

“We’ve seen, as he’s come back and started to throw the ball better this year, sometimes it takes a few [pitches] to spike up his velocity,’’ Boone said. “It’s all about getting locked in mechanically. That affects his velo and affects his command.”