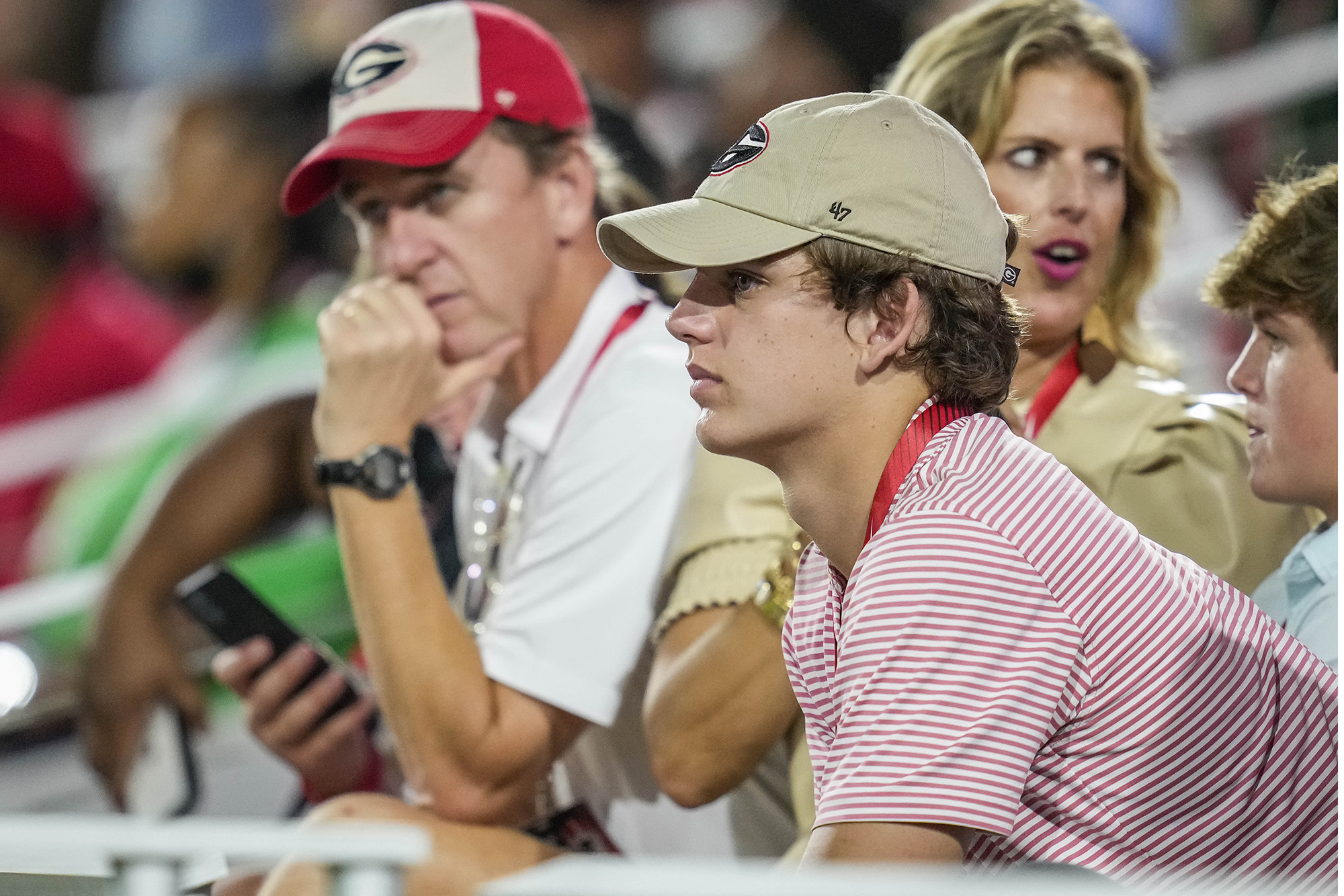 It was an unceremonious end to Arch Manning’s season.

Manning’s Isidore Newman team was blown out by Lafayette Christian 49-7 in the Division III semifinals of Louisiana state playoffs on Friday. Manning, the son of Cooper Manning and nephew of Peyton and Eli Manning, finished 6-of-17 for 49 passing yards, 15 rushing yards and a touchdown.

Newman had just 137 yards of total offense against a strong Lafayette defensive line, and finished just 2-for-8 on third down.

“During the offseason, just try to improve everywhere,” Manning, a junior, said afterwards, per the Lafayette Daily Advertiser. “Running, getting bigger, getting more accurate. Improving my decision-making. So it’ll be a fun offseason, I’m ready to get back.”

That ends the season for Manning, who has been the focus of attention all year due in part to his family name and in part to his pedigree. Manning is ranked as the top prospect in the class of 2023, with Georgia, Texas, Ole Miss, Alabama and Clemson among the schools he is considering.

ESPN’s Mark Schlabach reported last month that Manning is unlikely to make a college decision until next spring or summer.

On Friday, though, Lafayette Christian proved to be too much for Manning. Newman’s season ended with a 7-3 record, as Lafayette reached a fifth consecutive state final and denied Newman its first trip to the title game. Manning now has different decision to make.

“I still need to decide if I’m playing basketball [for Newman],” Manning said of what comes next for him. “So I’ll focus on that and take it one day at a time.”