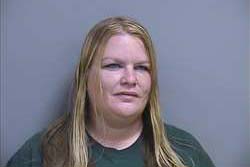 A Maine woman allegedly schemed to spend more time with her beau by calling in a pair of bomb threats at his workplace last week, a report said.

In the first call, Blake allegedly threatened to place an explosive at a Puritan Medical Products plant in Pittsfield, where her boyfriend works.

The threats forced both of the company’s Pittsfield plants to shut down for the day. About 400 workers were evacuated or told not to come in and manufacturing was halted, the report said.

Investigators were able to trace the calls back to Blake, who reportedly confessed to the threats and said she did not have any bombs.

Blake was charged with felony terrorizing.