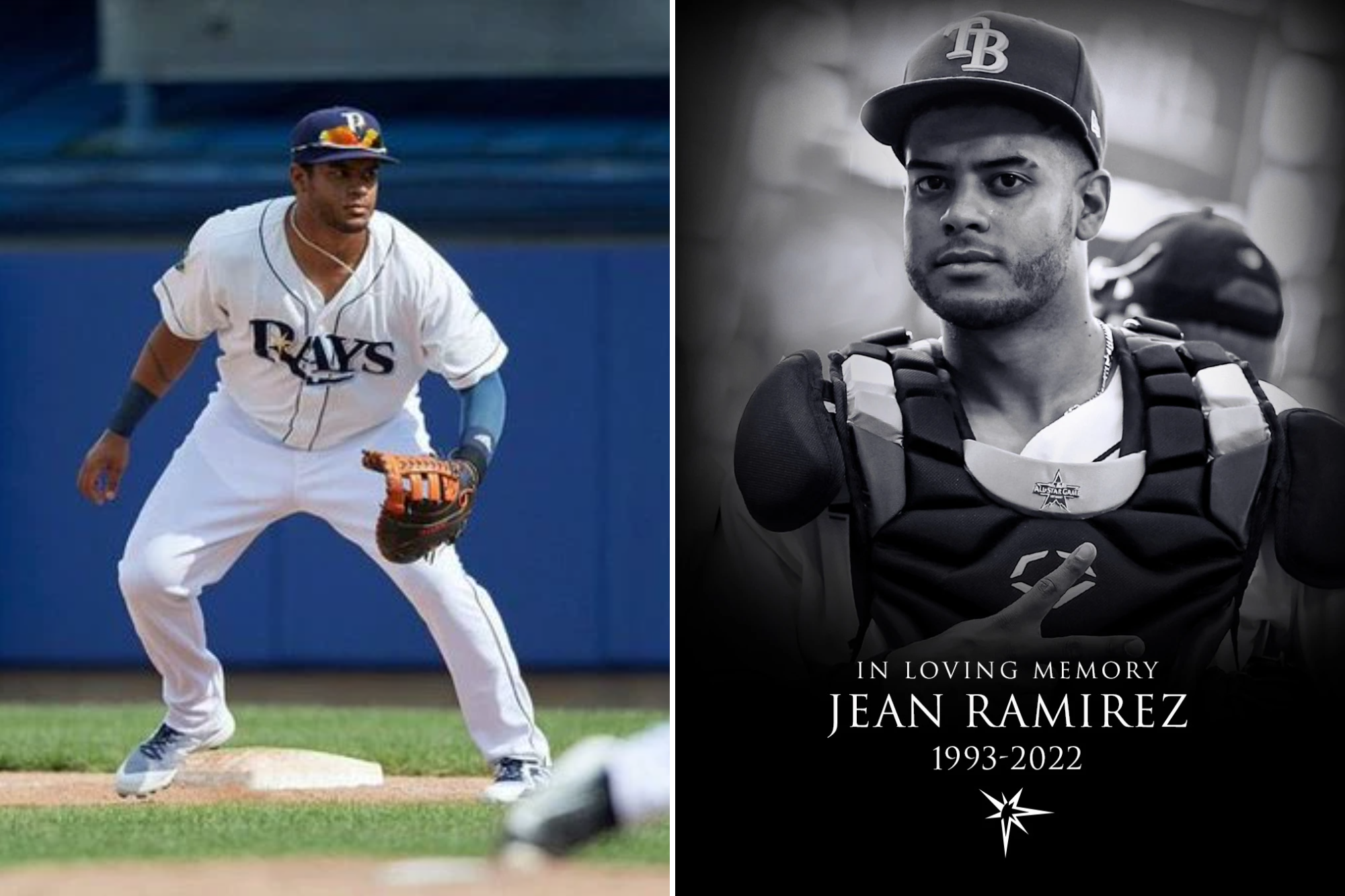 The Rays shared quotes from manager Kevin Cash and president of baseball operations Erik Neander, who called it an “unexpected and difficult loss.”

“We extend our deepest sympathy and condolences to Jean’s family,” Neander said in a statement. “He was a caring teammate and friend. He exuded so much joy in all he did, and his kind heart was truly a gift to all. As we process this unexpected and difficult loss, we are grateful for the times we shared with Jean.”

A cause of death was not included in the statement. Ramirez was 28 years old.

Ramirez played in the Rays’ minor-league system for three years before he was released in the 2018 season. He returned to the organization as a bullpen catcher the next year.

In a separate statement, Cash called Jean “an incredible teammate and friend” who “brought so much passion and energy each day to our clubhouse and bullpen, and his love for the Rays and baseball was evident to all who interacted with him.

“He had the biggest heart and most infectious smile. We extend our deepest condolences to his family and friends. Jean will be deeply missed.”

MLB players, past and present, have taken to social media to react to the news.

Ramirez, a native of Puerto Rico, attended Boswell High School in Fort Worth, Tx. He played college baseball at the University of Arkansas, Grayson County College and Illinois State University, where he graduated in 2016 with a bachelor’s degree in science.